You are here: Home › Experts › Nelly

Nelly’s Sportsline is entering our 29th football season in business heading into a 2018-19 season that will end with Super Bowl LIII. The NFL Playoffs have been a great area of success for us with a 26-11 70% record in the playoffs the past five seasons. We had a huge finish to the 2017-18 season going 16-5 from Week 13 to the Super Bowl last season while hitting 65% overall in football picks from Nov. 19 to the Super Bowl, with a winning Super Bowl side in six of the last seven seasons.

We also finished in the top 3 of the Wiseguys Contest and was the Final Four Weeks champion last season, posting a top 3 finish for the third time in seven years.

We’ve had plenty of success as a phone service but what is most important to us is representing ourselves with integrity and without illusions. In this industry it is not difficult to find shady characters and scam artists that will tell you anything you want to hear. That is not us and that will never be how we operate, and scores of clients can attest to that.

We hope you will consider playing with our phone service or the weekly Green Sheet this season. While we won’t make the outrageous claims and guarantees that some of our competitors may make, we have been in business for a long time and could not have done so if we did not have a great track record and clients that appreciate how we do business.

Winning Super Bowl side 6 of the last 7 years 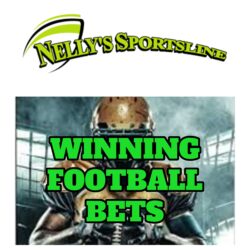