You are here: Home › ASA Inc 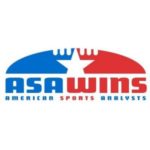 The owners of American Sports Analysts (ASAwins), Lee Kostroski & Mike Merlet, have a combined 50+ years in the sports betting industry. Both started with Doc’s Enterprises, Lee in the late 80’s and Mike in the early 90’s. After learning the handicapping trade from one of the oldest in the business, they started ASA Inc in 1997 and have been going strong ever since. They have been known throughout the industry for their success on BIG GAMES including their 10* Midwest Game of the Year. They have posted a winning record on Top Games in 15 of their 21 football seasons giving them the much-earned reputation as the top BIG GAME HANDICAPPERS in the country. ASA is located in Madison, WI and a foundation of their handicapping prowess revolves around the heart of the country – especially the Big Ten.

ASAwins has appeared on numerous radio shows throughout the country as special expert football guests including Tampa, New Orleans, Madison, Milwaukee, Memphis, Las Vegas, and Denver just to name a few. They were also featured on the ESPN website with gaming writer Chad Millman during the 2011 season.

ASAwins handicapping methods have evolved through years of with hard work and research being the anchor of their success. Rather than implementing one specific strategy as many handicappers do, they intertwine many different philosophies when it comes to making football, basketball, hockey, and baseball selections. They utilize their massive database that goes back over 30 years and can give them in depth information on any situation you can think of when it comes to handicapping. That’s not where they stop, however. They also research stats and film each week to evaluate the upcoming match ups on the field along with speaking with their personal contacts throughout the country (especially in the Midwest). On top of that, they analyze each pointspread (and their movements) comparing them with their own power ratings to find where an edge might be found. Lastly, their predictive analytics or math models predict the outcomes of games based solely on numbers and statistics that aren’t swayed by the human element. So, as you can see, just because a game may fall into a successful system or the scheduling looks good to go against or with a certain team, that doesn’t mean that ASA automatically uses it as a selection. It must go through their in-depth process with all things considered before they give it the ASA stamp of approval. Looking at games from all these angles gives ASA the best of all worlds when it comes to handicapping. Their handicapping theories have proven successful over the years which has them as one of the more tenured experts in the industry.

Lee & Mike at ASAwins have stood the test of time in an industry that makes it very tough to do so. Their 50+ years of experience will give you the WINNING EDGE you need. Sports wagering is an investment and it’s time you invest in the known commodity of ASAwins!

Go where the pros go! Be sure to check out all the great picks and products ASA has to offer! Click here 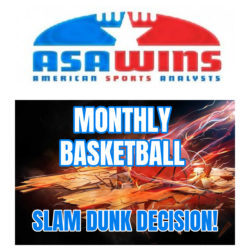 ASA’s ALL INCLUSIVE FEBRUARY BASKETBALL PACKAGE – College & NBA!
$275.00
Get every basketball pick ASA has to offer for the month of February - both college & NBA -
Read more 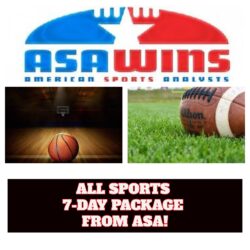 Sale
ASA’s 7-DAY OF ALL SPORTS PACKAGE – Basketball & NHL wagers
$75.00
Make this purchase and receive all of ASA's basketball picks, both college & NBA for 7-straight days  This will
Read more 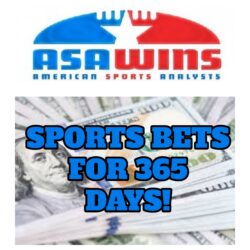 ASA 365 day’s ALL SPORTS Membership Pkg Every sport, Every day!
$399.00
NFL, NCAAF, NBA, NCAAB, NHL, MLB this gets you everything we have to offer! Get EVERY pick in ALL sports for
Read more