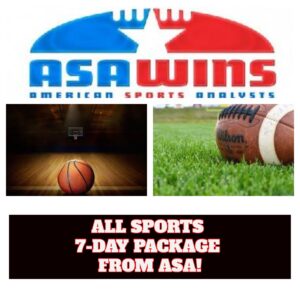 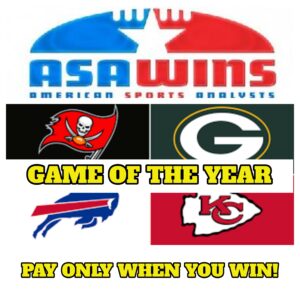 ASA’s NFL GAME OF THE YEAR – ONE & ONLY – GUARANTEED
$49.00
On Sunday the AFC and NFC Divisional games take place and ASA is set to
Read more 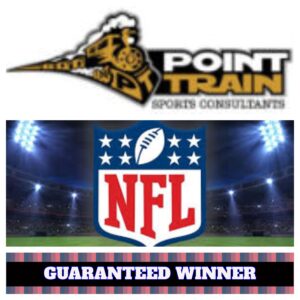 ASA’s NFL GAME OF THE YEAR – ONE & ONLY – GUARANTEED
$49.00
On Sunday the AFC and NFC Divisional games take place and ASA is set to
Read more

If you prefer to make payments via PayPal we can make that happen! Email us for details: sports@asawins.com

The Buckeyes picked up another unplanned bye week when their rivalry game vs Michigan was cancelled.  It’s their 3rd week off this season.  The Big 10 originally decided that in order for a team to be eligible for the Championship game, they must play at least 6 games.  The schools revisited that plan last week and tweaked it so Ohio State, who is 5-0, can play on Saturday.  In their most recent game the Bucks were hit hard by the conference covid protocol as they had 20+ players out @ Michigan State, including 3 starting offensive linemen. [KEEP READING…]

The Badgers offense is struggling and that’s an understatement.  They aren’t necessarily having problems moving the ball, they just are not putting points on the board.  With their 14-6 loss at home vs Indiana last week, Wisconsin has now scored a grand total of 13 points over their last 8 quarters of football.  This from an offense that scored 94 points in their first 2 games this season.  For the 2nd consecutive game, they outplayed their opponent rather drastically on the stat sheet but lost the game.  [KEEP READING…]

The Hoosiers were in a tough spot on Saturday taking on Maryland at home just a week after their biggest game of the season @ Ohio State.  They came out lethargic as was expected and led Maryland 7-3 at half.  The Hoosiers punted on 6 of their 7 first half possessions which was the same number of punts they had the entire game vs Ohio State.  They regrouped and played much better in the 2nd half with 209 of their 349 total yards and 20 of their 27 points coming after the break.  [KEEP READING…]

The Huskers looked like they had some momentum after playing Northwestern very tough on the road 3 weeks ago (outgained Wildcats by 130 yards in loss) and then they topped Penn State at home following that game.  With that supposed momentum heading into last weekend, Nebraska went off as a 17 point chalk at home vs Illinois and proceeded to get thumped 41-23.  No fluke here as the Illinois outgained Nebraska by 98 yards and put up 285 yards rushing on the blackshirts.  [KEEP READING…]

The Boilers entered last week’s home game with Northwestern at a perfect 2-0 with tight wins over Iowa and Illinois.  They were a bit fortunate to be 2-0 as they were outgained in each of their first 2 games.  On Saturday it caught up to them losing at home 27-20 to Northwestern.  Purdue never led in the game and were held to just 2 yards rushing on 17 carries.  They had ONE run the entire game of more than 5 yards.  Their rushing attack now has just 191 total yards through 3 games which is last in the conference. [KEEP READING…]

The Hawkeyes were in a must win spot at home last week vs Michigan State after starting the season 2-0.  They came out like a desperate team jumping all over MSU on their way to a convincing 49-7 win.  Iowa pretty much put the game away in the first half leading 35-0 at the break.  They led 21-0 with under 2:00 minutes to go until halftime and in a 27 second span they scored on a punt return and interception return to get to 35 points and basically put the Spartans out of their misery.  [KEEP READING…]

The Wolverines had a huge win in week 1 rolling over Minnesota 49-24 but crashed back down to earth last Saturday losing 27-24 to rival Michigan State as a 24.5 point favorite.  Despite the lofty spread, which was the 2nd highest number in the history of this rivalry, Michigan never led in the game.  To put this loss in perspective, entering last Saturday’s game, the Wolverines had been a favorite of 20 points or more 115 times since the start of the 1980 season. [KEEP READING…]

The Gophs played host to Michigan last Saturday as 3-point home dogs and got trounced 49-24 which was surprising to us.  Minnesota had what could be a fantastic offense returning with 10 starters back from a team that averaged 34 PPG in 2019.  They weren’t great on Saturday to say the least.  They put up just 326 total yards on 4.5 YPP.  This from an offense that averaged 432 YPG on 6.4 YPP last season.  They were held 10 points below last year’s scoring average and one of their TD’s came on a 17 yard drive following a blocked punt.  [KEEP READING…]

Miami @ New England -7 O/U 43½ – This line opened -5.5 in the summer and jumped to -7 after the Pats signed QB Cam Newton.  We will find out this season if Bill Belichick and the Patriots can win without Tom Brady in the clubhouse. Both teams have plenty of questions surround the quarterback position with the Pats set to start Cam Newton with potential starter Jarrett Stidham dealing with a leg injury.  [KEEP READING…]

Magic vs. Bucks (Bucks in 4 games) – The Bucks and Magic first round match up will be a quick one with the Bucks sweeping the Magic in four games much like the regular season. Milwaukee beat this team by an average of 17PPG this season and one of those wins came without Giannis suiting up for the Bucks. KEEP READING…

Jazz vs. Nuggets (Nuggets in 5 games) – With Mike Conley leaving the Bubble for a family situation the already depleted Jazz take a hit to their rotation. Donovan Mitchell can only carry a team so far. The Nuggets found another legitimate scorer in the restart with Porter Jr. who averaged 23PPG in the Bubble. With Jokic and Murray and a deep bench the Nuggets will advance in round one. KEEP READING…

One of the major sports gets back into action today with Nascar taking the track at Darlington Speedway. The Real Heroes 400 Nascar Cup Series will take place today at 3:30PM ET on FOX TV. This will be the first Nascar race since March 8th and fans and sports bettors could not be more excited. [KEEP READING…]

The opening numbers have been posted on the NFL games scheduled for Week #1 and we could not be more excited about the prospect of getting back to football and some semblance of normalcy. We jotted down some notes on the match ups and have already started the process of breaking down the games. Without giving anything away we absolutely love a few of these situations and the season cannot get here fast enough! [KEEP READING…]

Series Preview: Lakers vs. Grizzlies – If the Playoffs started today the Lakers would host the young Grizzlies in the opening round and make quick work of Memphis in a four-game series. The Lakers have been the second-best team in the league behind Milwaukee with the second-best player this season in LeBron James behind Giannis Antetokounmpo. The Lakers are a top 5 team in both offensive and defensive efficiency ratings, 2nd in average point differential at +7.4PPG. [KEEP READING the rest of the West here…]

Series Preview: The Bucks and Magic first round match up will be a quick one with the Bucks sweeping the Magic in four games much like the regular season. Milwaukee beat this team by an average of 17PPG this season and one of those wins came without Giannis suiting up for the Bucks. Milwaukee dominated the Magic on the boards with a plus +17 margin of  total rebounds per game and shot 37.2% from beyond the arc which was better than their season average of 35.6%. [KEEP READING…]

DON’T FORGET TO CHECK OUT…

FREE PICKS – Not just any FREE picks but games that just miss making the cut!  The Experts here at ASAwins.com will provide you with complimentary winners on a daily basis.

ARTICLES – We post some fantastic articles weekly concerning the sports betting world along with fantasy updates.

ASA (American Sports Analysts) owners and professional handicappers Lee and Mike have stood the test of time with over 40 combined years of sports betting experience. When you get a pick from ASA it’s backed by a ton of technical support, statistical analysis, computer simulators and inside information. You can also purchase picks here from ‘EXPERTS‘: Nelly Sportsline, Point Train Consultants, Scott Rickenbach and MIT.  You’ve come to the right place for the kind of inside information that turns losing into winning and small gains into BIG gains!  If you have any issues purchasing please don’t hesitate to call us in the office directly at 1.888.272.1098 or email sports@asawins.com.